I Love and Hate You Nespresso 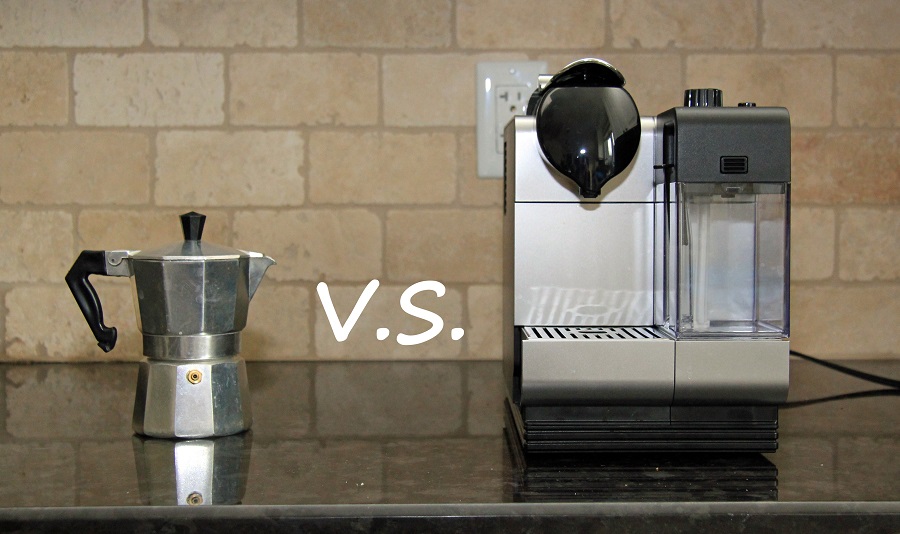 I recently had the honor and privilege of being the Best Man at my friends’ wedding and I couldn’t be happier for them. The evening was fantastic as they were surrounded by good friends, amazing food, and fantastic music. As a gift my very good buddy gave me a souped up Nespresso machine and while I was excited to try out my this “new” technology I wasn’t quite sure what would happen to my old school cafetière.

With my background being Italian I am pre-programmed to drink espresso. In fact, starting at the age of five my mother would put a tiny bit of espresso in my milk (no, seriously) to go with my biscuits and over the next 35 years I’ve only known the taste of a home-based espresso through my cafetière. For those unfamiliar with this “appliance” all you need to do is put in a bit of water in the base, fill the funnel with espresso grounds, and then screw on the top. After a few minutes on the stove you get a great tasting expresso. I have cafetières that serve one, two, four, and twelve espresso lovers.

The Nespresso Delonghi I received does several things in addition to making a traditional espresso (long or short). It also makes cappuccinos and lattes with your desired level of foam. The process is simple: make sure there is water in the reservoir, put in a pod, select the type of coffee, and go for it. Being an espresso purest there are some things that I found troublesome with this new fandangled machine. The first thing is that the pods are more expensive than the grounds I typically use. Also, I felt like the pods were not environmentally friendly but I’ve since learned that they can be recycled at a few dropoff locations around the city. You’re also restricted to making one cup at a time so if I have family over it will take a long time to fill orders. I hate you Nespresso!

So what’s the flipside? The espressos it makes are so damn good! I don’t know what I was expecting plugging it in and trying it for the first time but there is a richness in the flavour and the texture of each cup that if someone served it to me in a piazza in Rome I would not be able to tell the difference. In addition to that the cappuccinos and lattes are a great accompaniment to any dessert. Having ordered the 250 pod variety pack I’m still trying to figure out my favourite flavours. Our Nespresso machine also looks good sitting on the counter and in writing this I’m savouring another cup. I love you Nespresso!

The worst thing of all is that with each cup I make I feel as if I am cheating on my old school cafetière! I won’t break up with either of them though which is why I’m continuing to see both on a regular basis.

Call Richard at 416-277-8025 if you would like to discuss your home buying or home selling needs over an espresso. Nespresso or old school, the choice is yours.

That will be zero dollars please!
Home Maintenance Tips